1 - The word of Samuel came to all Israel.Now Israel went out against the Philistines to battle, and encamped beside Ebenezer; and the Philistines encamped in Aphek.
2 - The Philistines put themselves in array against Israel. When they joined battle, Israel was defeated by the Philistines, who killed about four thousand men of the army in the field.
3 - When the people had come into the camp, the elders of Israel said, "Why has the LORD defeated us today before the Philistines? Let us get the ark of The LORD's covenant out of Shiloh and bring it to us, that it may come among us, and save us out of the hand of our enemies."
4 - So the people sent to Shiloh; and they brought from there the ark of the covenant of the LORD of Hosts, who sits above the cherubim: and the two sons of Eli, Hophni and Phinehas, were there with the ark of the covenant of God.
5 - When the ark of The LORD's covenant came into the camp, all Israel shouted with a great shout, so that the earth rang again.
6 - When the Philistines heard the noise of the shout, they said, "What does the noise of this great shout in the camp of the Hebrews mean?" They understood that The LORD's ark had come into the camp.
7 - The Philistines were afraid, for they said, "God has come into the camp." They said, "Woe to us! For there has not been such a thing before.
8 - Woe to us! Who shall deliver us out of the hand of these mighty gods? These are the gods that struck the Egyptians with all kinds of plagues in the wilderness.
9 - Be strong, and behave like men, O you Philistines, that you not be servants to the Hebrews, as they have been to you. Strengthen yourselves like men, and fight!"
10 - The Philistines fought, and Israel was defeated, and each man fled to his tent. There was a very great slaughter; for thirty thousand footmen of Israel fell.
11 - God's ark was taken; and the two sons of Eli, Hophni and Phinehas, were slain.
12 - A man of Benjamin ran out of the army, and came to Shiloh the same day, with his clothes torn, and with dirt on his head.
13 - When he came, behold, Eli was sitting on his seat by the road watching; for his heart trembled for God's ark. When the man came into the city and told about it, all the city cried out.
14 - When Eli heard the noise of the crying, he said, "What does the noise of this tumult mean?"The man hurried, and came and told Eli.
15 - Now Eli was ninety-eight years old. His eyes were set, so that he could not see.
16 - The man said to Eli, "I am he who came out of the army, and I fled today out of the army."He said, "How did the matter go, my son?"
17 - He who brought the news answered, "Israel has fled before the Philistines, and there has been also a great slaughter among the people. Your two sons also, Hophni and Phinehas, are dead, and God's ark has been captured."
18 - When he made mention of God's ark, Eli fell from off his seat backward by the side of the gate; and his neck broke, and he died; for he was an old man, and heavy. He had judged Israel forty years.
19 - His daughter-in-law, Phinehas' wife, was with child, near to be delivered. When she heard the news that God's ark was taken, and that her father-in-law and her husband were dead, she bowed herself and gave birth; for her pains came on her.
20 - About the time of her death the women who stood by her said to her, "Don't be afraid; for you have given birth to a son." But she didn't answer, neither did she regard it.
21 - She named the child Ichabod, saying, "The glory has departed from Israel"; because God's ark was taken, and because of her father-in-law and her husband.
22 - She said, "The glory has departed from Israel; for God's ark has been taken."

Brief Summary: The predictions in the foregoing chapters concerning the ruin of Eli's house here begin to be fulfilled; how long after does not appear, but certainly not long. Such sinners God often makes quick work with. Here is, I. The disgrace and loss Israel sustained in an encounter with the Philistines (v. 1, v. 2). II. Their foolish project to fortify themselves by bringing the ark of God into their camp upon the shoulders of Hophni and Phinehas (v. 3, v. 4), which made them secure (v. 5) and struck a fear into the Philistines, but such a fear as roused them (v. 6-9). III. The fatal consequences of it: Israel was beaten, and the ark taken prisoner (v. 10, v. 11). IV. The tidings of this brought to Shiloh, and the sad reception of those tidings. 1. The city was put into confusion (v. 12, v. 13). Eli fainted away, fell, and broke his neck (v. 14-18). Upon hearing what had occurred his daughter-in-law fell in labour, bore a son, but died immediately (v. 19-22). These were the things which would make the ears of those that heard them to tingle. 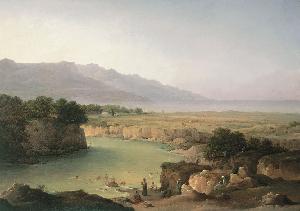 1 Samuel 4:3 - And when the people were come into the camp, the elders of Israel said, Wherefore hath the LORD smitten us to day before the Philistines? Let us fetch the ark of the covenant of the LORD out of Shiloh unto us, that, when it cometh among us, it may save us out of the hand of our enemies. 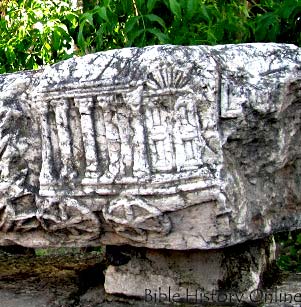 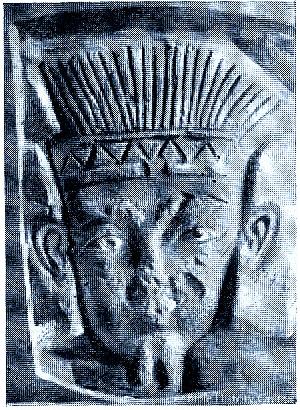 This relief from the Temple of Rameses III reveals the head of an ancient Philistine. During the time of the Judges of Israel the Philistines are mentioned often. According to history the Philistines were very strong in the Maritime Plain along the coast south of Joppa around 1100 BC. The name Palestine was given to the land of Israel by the Roman Emperor Hadrian after he removed them from the whole area, and he used the name Palestina because of the ancient Philistines. The Hebrew tradition teaches that the Philistines were immigrants from the island of Caphtor (Crete) and many scholars believe they immigrated from Asia Minor. 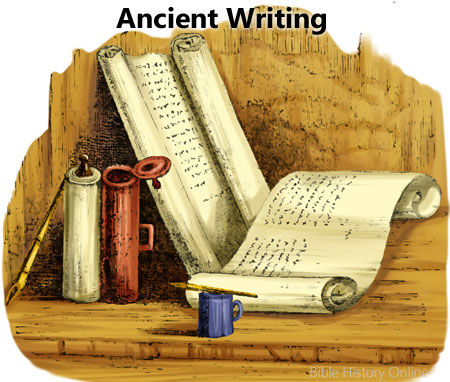