Song of Solomon Images and Notes

The Book of the Song of Solomon

Song of Solomon 1:2-4 - Let him kiss me with the kisses of his mouth: for thy love [is] better than wine. Because of the savour of thy good ointments thy name [is as] ointment poured forth, therefore do the virgins love thee. Draw me, we will run after thee: the king hath brought me into his chambers: we will be glad and rejoice in thee, we will remember thy love more than wine: the upright love thee.

Song of Solomon 7:6-10 - How fair and how pleasant art thou, O love, for delights! This thy stature is like to a palm tree, and thy breasts to clusters [of grapes]. I said, I will go up to the palm tree, I will take hold of the boughs thereof: now also thy breasts shall be as clusters of the vine, and the smell of thy nose like apples; And the roof of thy mouth like the best wine for my beloved, that goeth [down] sweetly, causing the lips of those that are asleep to speak. I [am] my beloved's, and his desire [is] toward me.

Bible Survey - Song of Solomon
Hebrew Name - Shiyr Hashirim "Song of songs"
Greek Name - Asma Asmaton (Greek form of the Hebrew)
Author - Solomon (According to Tradition)
Date - 1014 BC Approximately
Theme - The beauty of love
Types and Shadows - In Song of Solomon Jesus is the husband who loves His bride. 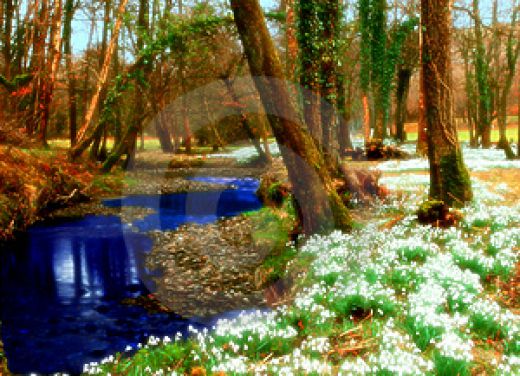 Summary of The Book of the Song of Solomon

The first verse of the Book of the Song of Solomon mentions King Solomon as its author, and this is why it is often called the Song of Solomon. It is also referred to as Canticles (Latin) or the Song of Songs (Hebrew) because it is considered the finest of all songs. It is clear that this poem is a wedding song and it reveals the glories of love. It exalts physical love, erotic love, and everything about love. The time is springtime and two lovers are full of passion and delight. The words in the poem are very descriptive and romantic. When their love is finally consummated the bond is so durable that nothing can destroy it. The poem is clearly describing God's love for his people, he is the bridegroom and his people are his bride. He is deeply in love with them and ultimately there will be a wedding day, and how excited they both are for that day.

There is no way to know the exact historical circumstances behind this event. We know it was Solomon because it mentions him by name, but it is uncertain whether he married a Shulamite woman of Israel, or Pharaoh's daughter. Others have included a third person, a shepherd who the girl of Shulam is in love with despite the kings desire for her. This book was included in the Septuagint (Greek translation of the Hebrew Canon) and was known in the time of Jesus as part of the Hebrew Scriptures though some critics doubt it should be in the Bible. The Song of Solomon was so important to the Jews that one of the most famous rabbi's in history, Rabbi Aqiba (90-135 AD) said that "the entire world, from the beginning until now, does not outweigh the day in which Shiyr Hashirim (Song of Songs) was given to Israel."

Outline of the Book of the Song of Solomon

Song of Solomon 1:1-2:7 - The bride expresses her deep desire to be with her lover and sings praises about him.

Song of Solomon 2:8-3:5 - The affections between the bride and her lover becomes more intimate, and she pours out more praise on the one she loves was very elaborate and exquisite analogies from nature.

Song of Solomon 3:6-5:1 - King Solomon gives his praise, as does the bride, and the engagement takes place.

Song of Solomon 5:2-6:9 - The bridegroom goes away for a period of time, and during his absence the bride longs for his return and continues to give him praises.

Song of Solomon 6:10-8:4 - This section contains some very descriptive verses describing the beauty of the bride.

Song of Solomon 8:5-14 - The conclusion deals with the durable eternal bond of consummated love.