12. But he answered and said, Verily I say unto you, I know you not--The attempt to establish a difference between "I know you not" here, and "I never knew you" in Mt 7:23 --as if this were gentler, and so implied a milder fate, reserved for "the foolish" of this parable--is to be resisted, though advocated by such critics as OLSHAUSEN, STIER, and ALFORD. Besides being inconsistent with the general tenor of such language, and particularly the solemn moral of the whole (Mt 25:13), it is a kind of criticism which tampers with some of the most awful warnings regarding the future. If it be asked why unworthy guests were admitted to the marriage of the King's Son, in a former parable, and the foolish virgins are excluded in this one, we may answer, in the admirable words of GERHARD, quoted by TRENCH, that those festivities are celebrated in this life, in the Church militant; these at the last day, in the Church triumphant; to those, even they are admitted who are not adorned with the wedding garment; but to these, only they to whom it is granted to be arrayed in fine linen clean and white, which is the righteousness of saints (Re 19:8); to those, men are called by the trumpet of the Gospel; to these by the trumpet of the Archangel; to those, who enters may go out from them, or be cast out; who is once introduced to these never goes out, nor is cast out, from them any more: wherefore it is said, "The door is shut."

Where in Scripture does it mention The parable of the Bridegroom?

Where In Scripture does it talk about The second coming of Jesus Christ?

Where In Scripture Does It Talk About Procrastination?

Where In Scripture Does It Talk About Reprobate?

Where In Scripture Does It Talk About Resurrection?

Where In Scripture Does It Talk About Unfaithfulness?

Where In Scripture does it talk about being wise in the things of God? 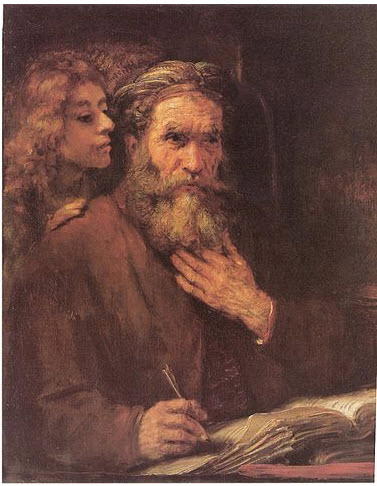