The LORD will bring a nation against you from far, from the end of the earth, as the eagle flies; a nation whose language you will not understand;

50 - a nation of fierce facial expressions, that doesn't respect the elderly, nor show favor to the young,
51 - and they will eat the fruit of your livestock, and the fruit of your ground, until you are destroyed. They also won't leave you grain, new wine, or oil, the increase of your livestock, or the young of your flock, until they have caused you to perish.
52 - They will besiege you in all your gates, until your high and fortified walls come down, in which you trusted, throughout all your land. They will besiege you in all your gates throughout all your land, which the LORD your God has given you.
53 - You will eat the fruit of your own body, the flesh of your sons and of your daughters, whom the LORD your God has given you, in the siege and in the distress with which your enemies will distress you.
54 - The man who is tender among you, and very delicate, his eye will be evil toward his brother, toward the wife whom he loves, and toward the remnant of his children whom he has remaining;
55 - so that he will not give to any of them of the flesh of his children whom he will eat, because he has nothing left to him, in the siege and in the distress with which your enemy will distress you in all your gates.
56 - The tender and delicate woman among you, who would not venture to set the sole of her foot on the ground for delicateness and tenderness, her eye will be evil toward the husband that she loves, toward her son, toward her daughter,
57 - toward her young one who comes out from between her feet, and toward her children whom she bears; for she will eat them secretly for lack of all things, in the siege and in the distress with which your enemy will distress you in your gates.
58 - If you will not observe to do all the words of this law that are written in this book, that you may fear this glorious and fearful name, YAHWEH YOUR GOD;
59 - then the LORD will make your plagues fearful, and the plagues of your offspring, even great plagues, and of long duration, and severe sicknesses, and of long duration.
60 - He will bring on you again all the diseases of Egypt, which you were afraid of; and they will cling to you.
61 - Also every sickness and every plague, which is not written in the book of this law, the LORD will bring them on you, until you are destroyed.
62 - You will be left few in number, even though you were as the stars of the sky for multitude; because you didn't listen to the LORD your God's voice.
63 - It will happen that as the LORD rejoiced over you to do you good, and to multiply you, so the LORD will rejoice over you to cause you to perish, and to destroy you. You will be plucked from off of the land where you go in to possess it.
64 - The LORD will scatter you among all peoples, from one end of the earth to the other end of the earth. There you will serve other gods, which you have not known, you nor your fathers, even wood and stone.
65 - Among these nations you will find no ease, and there will be no rest for the sole of your foot; but the LORD will give you there a trembling heart, failing of eyes, and pining of soul.
66 - Your life will hang in doubt before you. You will be afraid night and day, and will have no assurance of your life.
67 - In the morning you will say, "I wish it were evening!" and at evening you will say, "I wish it were morning!" for the fear of your heart which you will fear, and for the sights which your eyes will see.
68 - The LORD will bring you into Egypt again with ships, by the way of which I told to you that you would never see it again. There you will sell yourselves to your enemies for male and female slaves, and nobody will buy you. The LORD will bring you into Egypt again with ships, by the way of which I told to you that you would never see it again. There you will sell yourselves to your enemies for male and female slaves, and nobody will buy you. 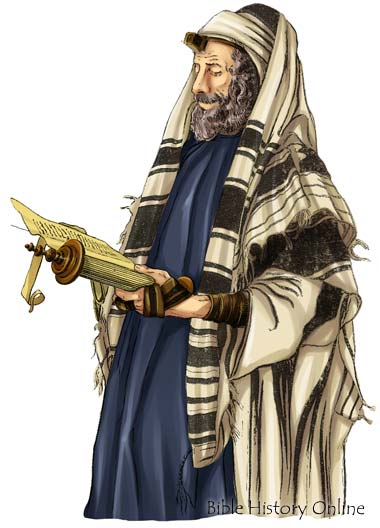