The Empire that Augustus Built

The awesome empire that Augustus had shaped was immense. Its boundaries were--the Atlantic on the west; the Euphrates on the east; the Black Sea, the Danube, and the British Channel on the north; and the deserts of Africa and Arabia, and the cataracts of the Nile, on the south. Only the German tribes in the far north, and the Parthians on the east, remained independent.

The population of the Roman Empire during the time of Augustus was probably between 85,000 and 120,000. His standing professional army consisted of over 170,000 soldiers, besides the troops stationed in the capital, and it was they who guarded the frontiers from the many barbarous tribes.

Augustus administered the whole Empire through the Provinces, who were governed by officers that received their commission from Rome. People grew up without knowing any form of government other than the Principate. Augustus brought peace and prosperity throughout the empire, but it was Jesus Christ, the Prince of Peace, who would ultimately utilize this young empire and bring true peace to mankind.

It is amazing to see just how much the Lord had prepared the world for the spreading of His gospel. Edward Arthur Litton well said:

"The devout student of history must recognize in the political state of the world at this time a remarkable preparation for the promulgation of Christianity. The peace which the empire enjoyed; the excellent roads which the Romans constructed wherever they established themselves; the presence of the imperial legions in every important place repressing the outbreaks of religious fanaticism, and so affording protection to the infant church; the increase of commerce; and the leveling tendency of an imperial despotism--all manifestly contributed to the success of the gospel...There could not have been a more favorable moment for the heralds of the gospel to commence their mission." 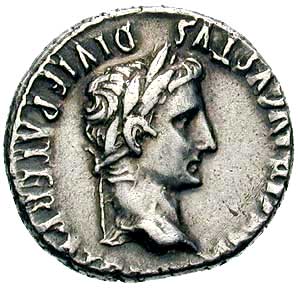 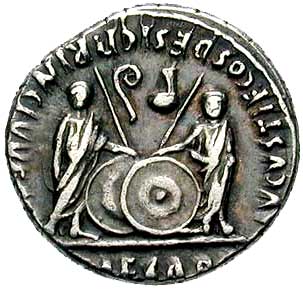 Images and Busts of Augustus on romanemperors.com